To revitalise its town centre, Andenne wanted to create a multifunctional cultural centre. The municipality launched a call for tenders in the form of a public-private partnership. Several trades were invited to join together to design the future project. In the line of sight was a former disused secondary school which will play a central role in the new district. The originally U- shaped building was reduced to a square with an old art-deco pool on the ground floor that must be preserved. On the floors, the classrooms were completely transformed. 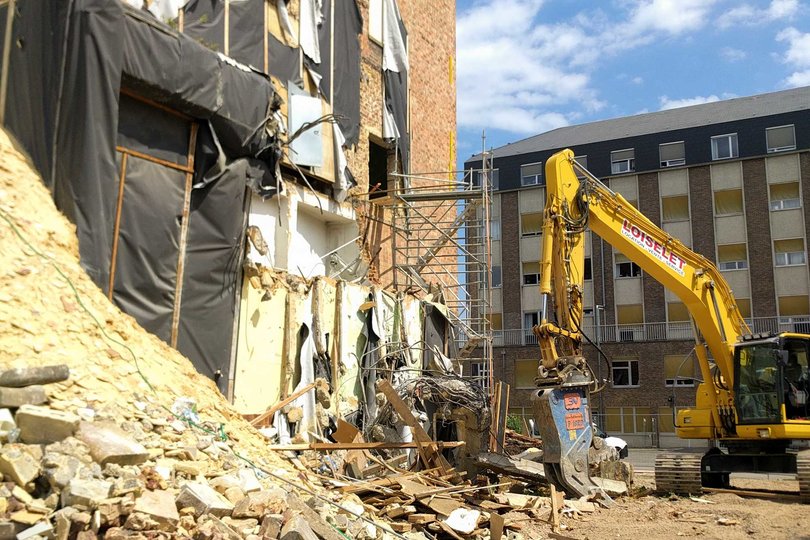 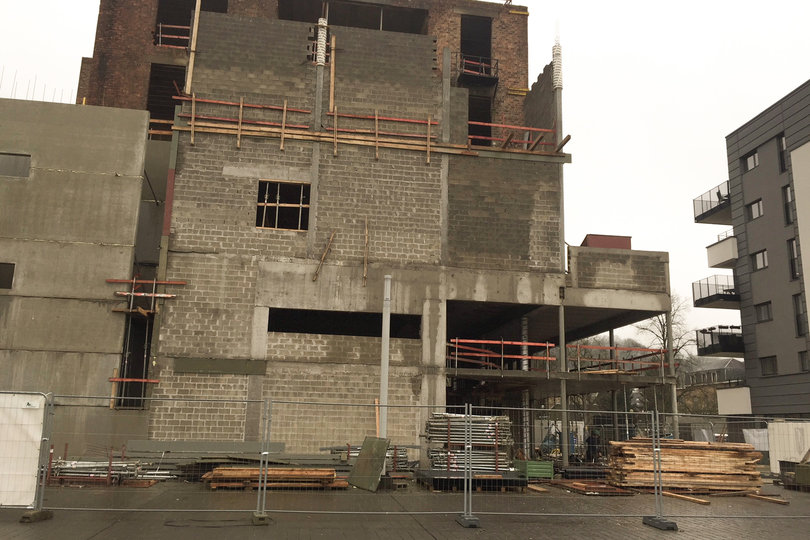 In its project, Gillion surpassed the expectations of the municipality by proposing a building with a strong identity while also being mindful of the economic and political context of the town. The project was distinguished by the decision to collaborate with the internationally renowned architect Rudy Ricciotti, who designed Mucem in Marseilles.

Jean-François Smets, Gillion Property Development Manager
In addition to an association of original architects and a beautiful panoramic terrace, Gillion's proposal made it possible to release a budget envelope to finance a large part of the design an aspect did not form part of the tender specifications, but was essential to the operation of the premises.

In the design, four major constraints were identified. The first relates to the structure. The construction methods in use in the 1930s and the chlorinated water of the swimming pool cast doubt on the quality of the concrete. The good stability of the building was first compromised and finally confirmed through surveys. The second constraint related to the transformation of the site into a passive building. The solution was a new, very compact envelope that minimises the new volumes built, thus reducing energy losses and costs.

The third challenge concerns the preservation of the art-deco tiles. A glazed floor was placed above the old pool. For safety reasons, it was fire-resistant and the edges were clear for ease of transit. Finally, as the building has been unoccupied for a long time, it had to be cleaned (bird droppings) and emptied of its stagnant water (leaks).

Cédric Decrolière, Stability Engineer
We can characterise this as a mixed project: on the one hand, it's a heavy renovation and on the other hand, a new construction. Of course, the difficulty was created by the existing building, first in ensuring stability, and then also in recreating vertical accesses, as there were no stairs from the pool to the floors. 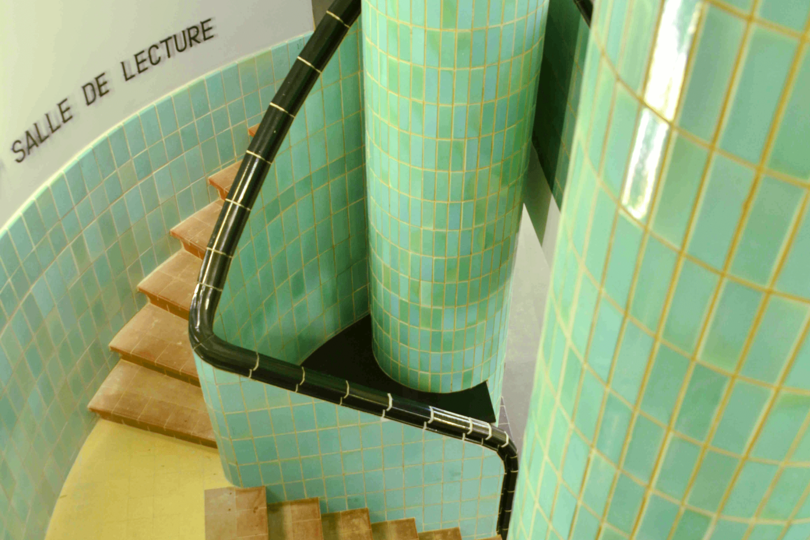 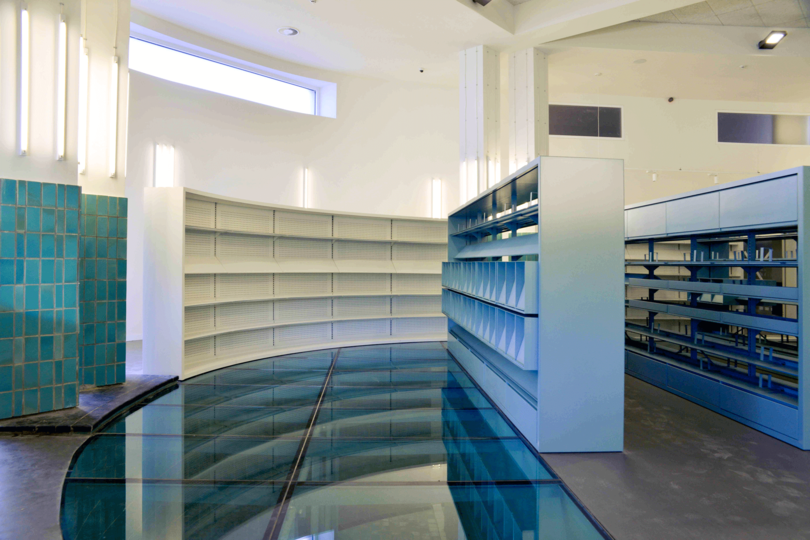 After decontaminating the building, the team started by dismantling everything that was not structural. Then, they implemented the shell. Since the building lies on alluvial soil, a system of piles and micropiles was used to reinforce the existing foundations. Then the demolitions and reconstructions were performed successively. Temporary structures were used to reinforce the stability of the existing building, as the colossal structure sits on six concrete stilts. Part of the old façade was preserved, incorporated as an interior wall into the new envelope. This link between the old and the new required multiple underpinnings with chemical seals.

In terms of finishing, the slates of the envelope were made of terracotta with local inspiration. Solar panels cover the roof and one of the façades. In an innovative touch, the building cap reflects what is happening on the terrace and on the floor. Inside, the museum's rooms are fitted with ventilation designed to preserve works, as well as a clay coating to regulate the humidity.

Nicolas Montoisy, Gillion Project Manager
In this project, the structural work and fusion of old and new are real challenges.  Added to the obligation to design a building with a passive standard and this becomes a good example of a smart energy project, in which the reinforcement of existing structures takes precedence over new construction. 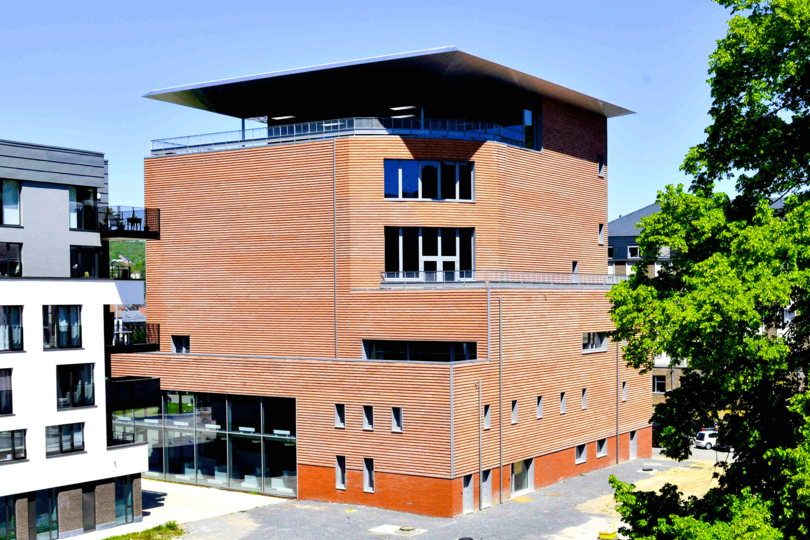 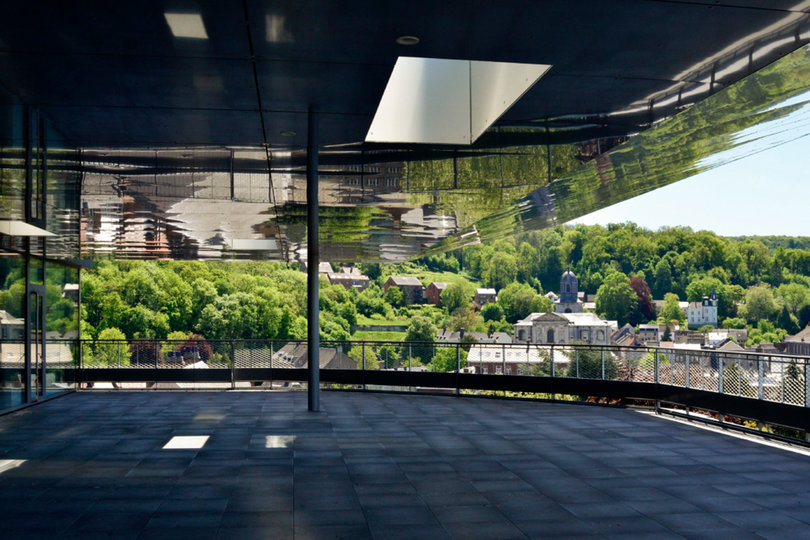 Contact us today. Our team is only too happy
to answer all your questions.

Do Not Track detected